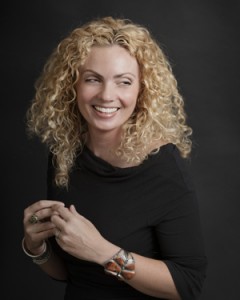 Nickole Brown grew up in Louisville, Kentucky, and Deerfield Beach, Florida. Her books include Fanny Says, a collection of poems published by BOA Editions in 2015; her debut, Sister, a novel-in-poems published by Red Hen Press in 2007; and an anthology, Air Fare, that she co-edited with Judith Taylor. She graduated from The Vermont College of Fine Arts, studied literature at Oxford University as an English Speaking Union Scholar, and was the editorial assistant for the late Hunter S. Thompson. She has received grants from the National Endowment for the Arts, the Kentucky Foundation for Women, and the Kentucky Arts Council. She worked at the independent, literary press, Sarabande Books, for ten years, and she was the National Publicity Consultant for Arktoi Books and the Palm Beach Poetry Festival. She has taught creative writing at the University of Louisville, Bellarmine University, and was on faculty at the Sewanee Young Writers’ Conference. She was an Assistant Professor at the University of Arkansas at Little Rock for four years until deciding to write full time. Currently, she is the Editor for the Marie Alexander Series in Prose Poetry at White Pine Press and is on faculty at the low-residency MFA Program in Creative Writing at Murray State and at the Writing Workshops in Greece. She lives in Asheville, North Carolina, with her wife, poet Jessica Jacobs. 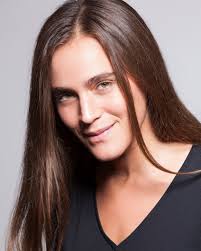 Jessica Jacobs is the author of Pelvis with Distance (White Pine Press), winner of the New Mexico Book Award in Poetry, an Over the Rainbow selection by the American Library Association, and a finalist for the Lambda Literary Award and Julie Suk Award. Her chapbook In Whatever Light Left to Us is forthcoming from Sibling Rivalry Press. Jacobs holds an M.F.A. from Purdue University, where she served as the Editor-in-Chief of Sycamore Review, and a B.A. from Smith College. Her poetry, essays, and fiction have appeared in publications including Beloit Poetry Journal, The Missouri Review, Rattle, The Oxford American, and the Academy of American Poets’ Poem-a-Day series. An avid long-distance runner, Jessica has worked as a rock climbing instructor, bartender, editor, and professor, and now serves as faculty at Writing Workshops in Greece, teaches in the graduate program of Lenoir-Rhyne University, and is a member of Beloit Poetry Journal‘s editorial board. She lives in Asheville, North Carolina, with her wife, the poet Nickole Brown.